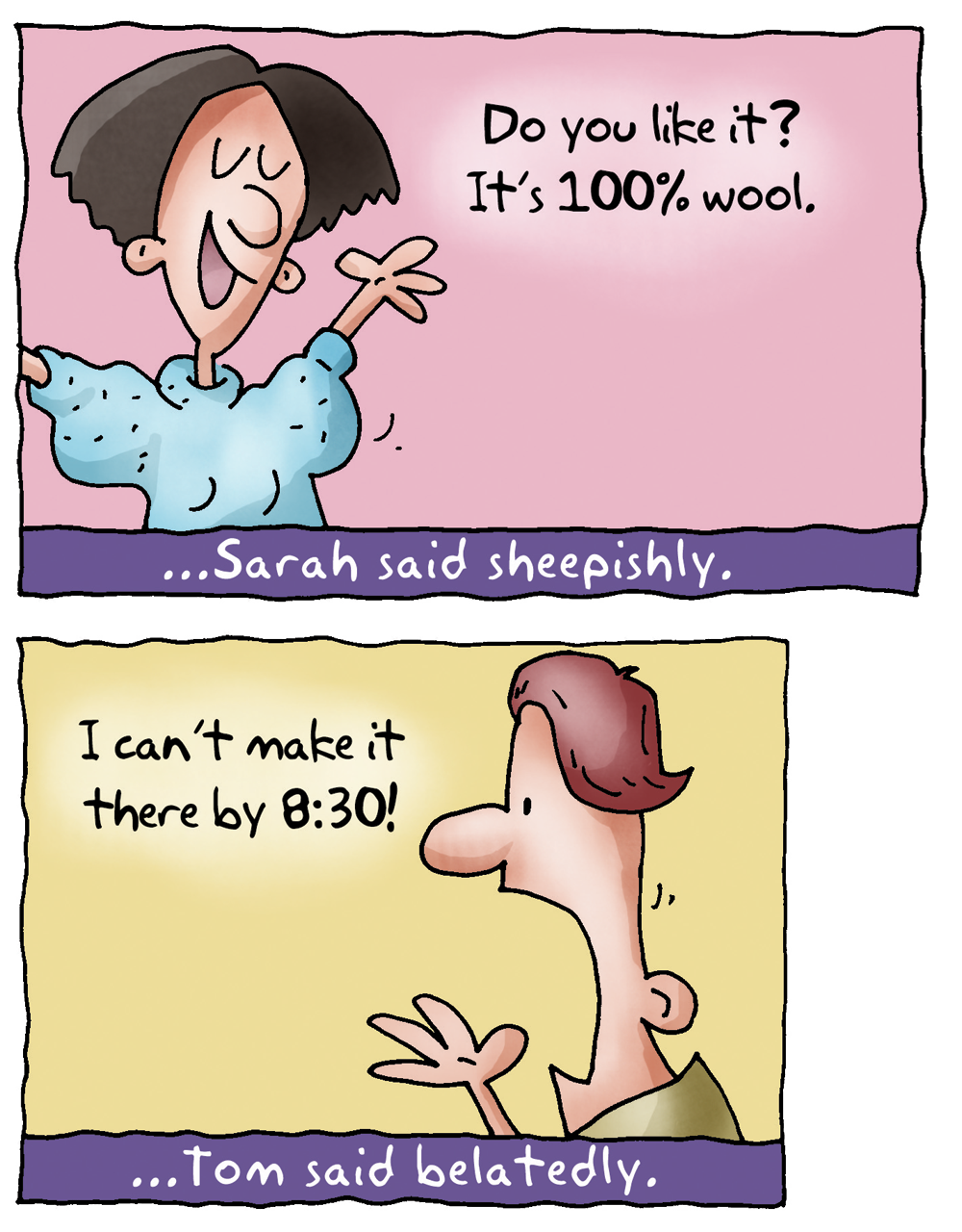 I'll explain the second one to you in class if you ask me, or you can Google the name Holden Caulfield! 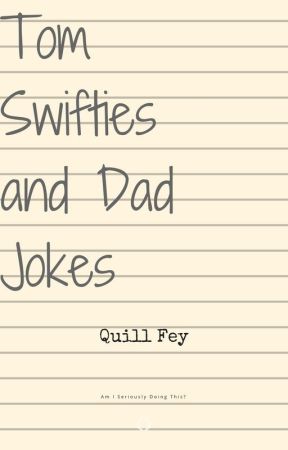 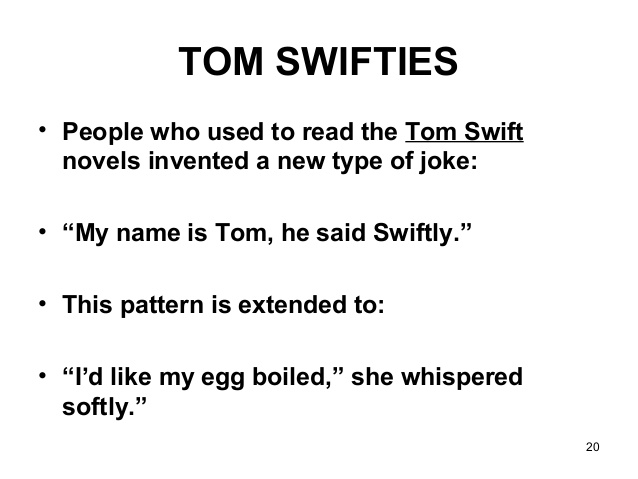 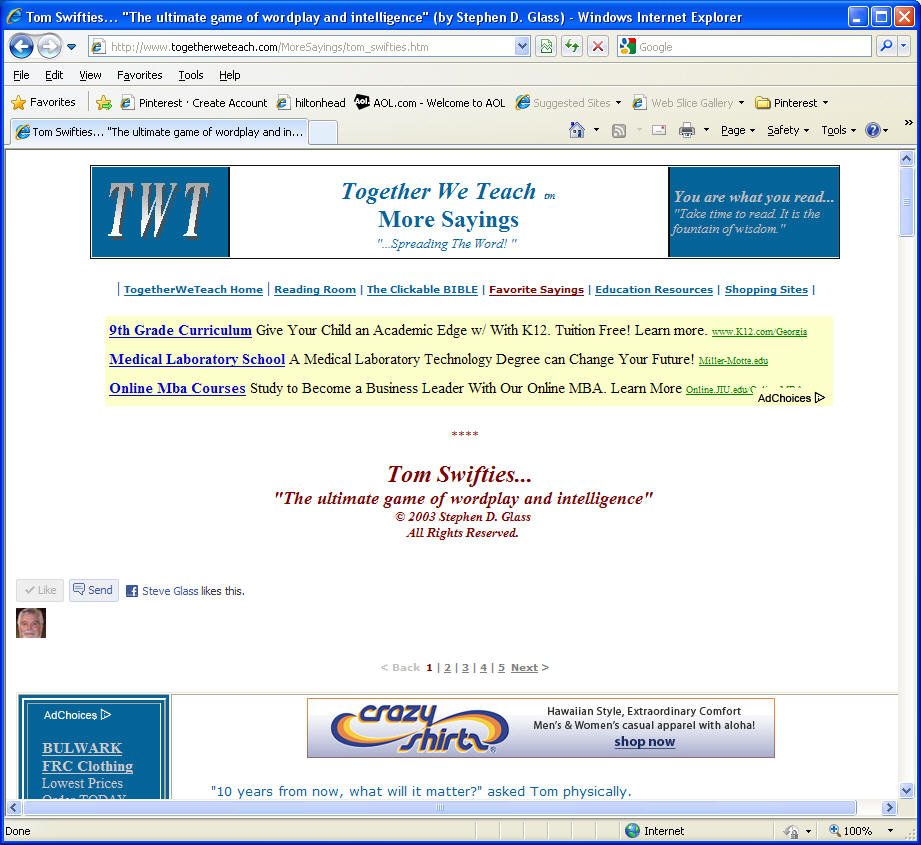 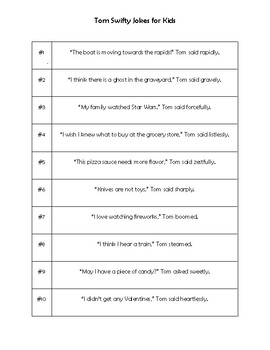 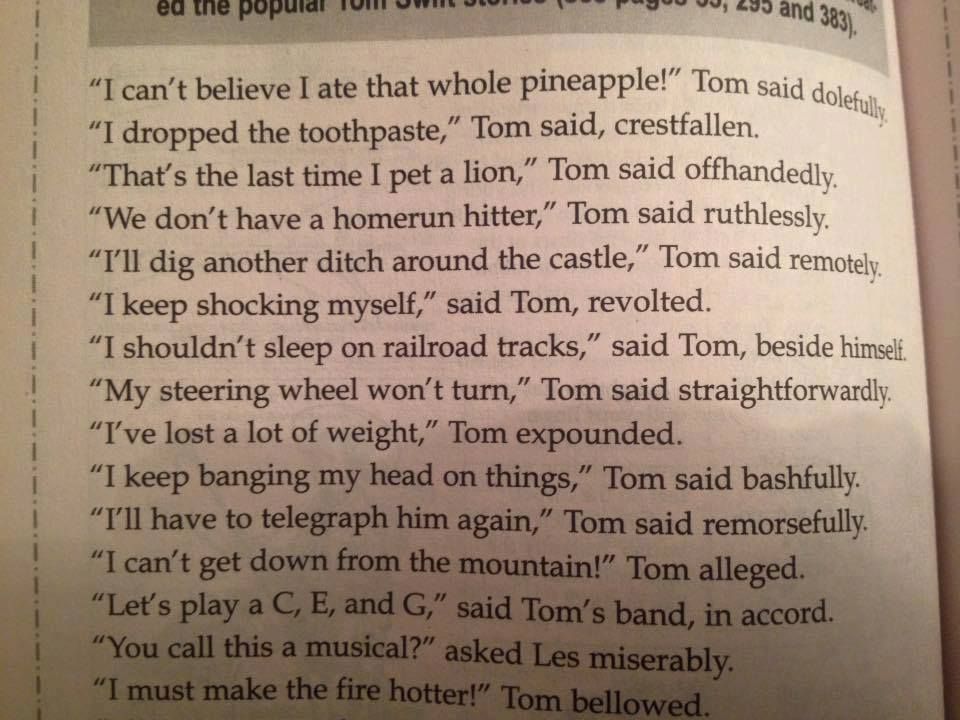 One stylistic writing technique the multiple authors shared was the way the dialogue was written.

The Time contest caused the popularity of Tom Swifties to grow, for a period of some years.

Included was a special category, "Time Swifties," which were to contain a reference to Time magazine [3] however, only a few submissions were made of this nature.

As time marched on, Tom Swifties evolved to be more than about adverbs; they are often about dialogue verbs now too.